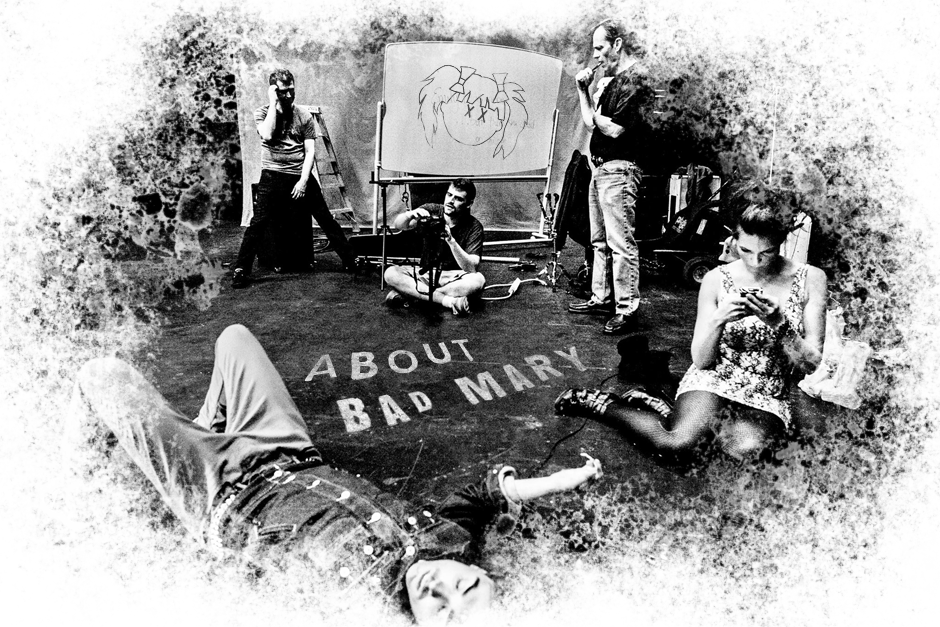 Bad Mary is Amanda, her dad, her husband, and her professor. We draw our
influence from the likes of Blondie and The Ramones, Green Day and
Paramore, and create our own kind of punk that takes you back to New York
in the 70’s – but with a modern vibe. We like to hold up a warped, fun-house
mirror to our current culture and the world we see around us. We’re pushing
back on all the crap going on in the world because that’s not what’s

important, that’s not where your life is – life is in the fun.
We released our first album Better Days, in 2013, and followed up with three fast, loud and 70s inspired
EPs – Killing Dinosaurs (2015), We Could Have Saved the World (2016), and Glitter Bomb (2017). We
released our latest album The Return of Space Girl in 2019. It’s a punk-rock space-opera about a robot
from space who has a few things she needs to teach the world.
We make our home on Long Island, New York and have played classic venues such as the Highline
Ballroom, the Knitting Factory, Arlene’s Grocery, Bowery Electric, the Trash Bar. Bad Mary have played
multiple festivals including Warped Tour at Jones Beach, Dewey Beach Music Conference, Liberty Music
Festival and the Cabin Fever Music Festival. We have scored airplay radio stations around the world and
are regulars on Little Steven’s Underground Garage on SiriusXM.
Bad Mary played to packed-out venues in Japan when we went on a quick ten-day tour in the summer of
2019.
As always, we’re writing new music, and you can catch a mini live-streaming gig every week on
Facebook and Patreon!